Yesterday concluded the 6th Facebook Developer Conference, or F8, where the social network gathers business leaders and developers for an annual conference concentrating on Facebook s latest innovations. While the session topics center mainly on how Facebook can provide developers a smoother experience, some announcements would definitely delight marketers.

This year s event could redefine the way you do social media marketing on today s leading social networking platform. So if you missed the Facebook F8, here are some highlights that every marketer should know: 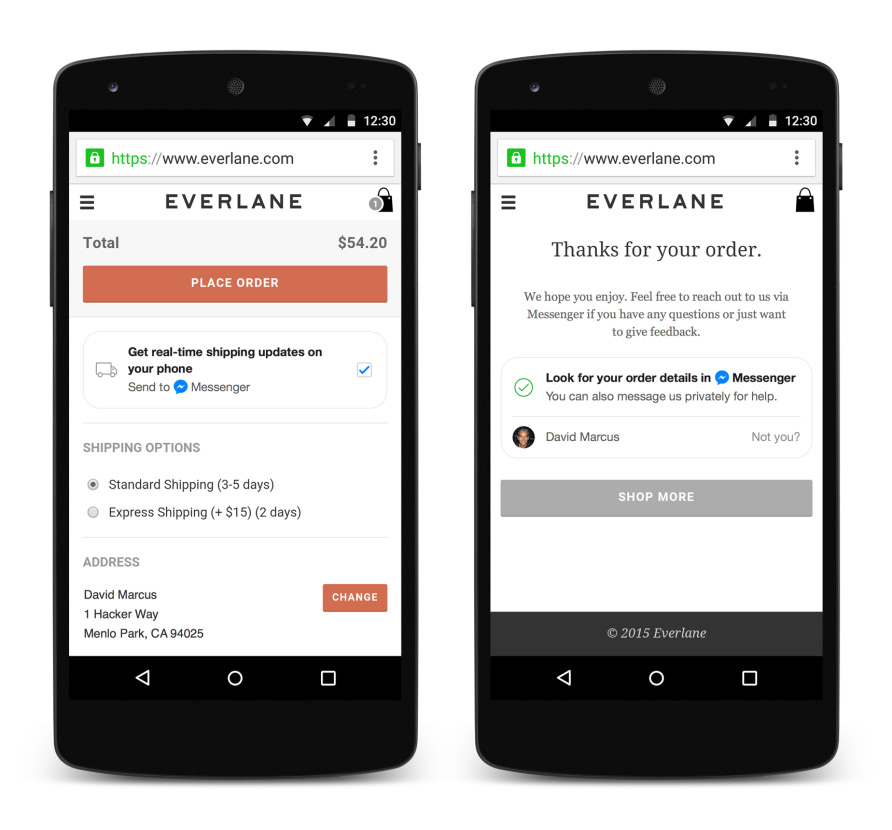 Facebook’s own messaging tool can now serve as a developing platform. It will allow developers to put additional fun and interactive functionalities such as doodling, voice messaging, and GIF sharing—much like what WeChat and Viber offer. With this update, it might not be long before Facebook Messenger positions itself in direct competition with independent messaging apps.

Facebook is also expanding its e-commerce reach by offering Messenger as a one-on-one communication tool between brands and customers. LA-based retailer, Everlane, will pioneer this function by letting buyers receive a receipt, view shipping information, track deliveries, and change orders through a Facebook Messenger button on the Everlane website.

Another significant change is that brands can now push GIFs directly to their followers. Once rolled out, promotional messages and teasers, as well as announcements like weather reports and sportscasts, can now be delivered in a richer format to your community.

If you ll notice, some of the most prominent ads you d encounter on your News Feed are those from apps, making it easy for users to install third-party apps directly from Facebook. With 3.5 billion apps installed through the social network, Facebook is building on the momentum by launching analytics for developers and marketers to see more information about how their apps are faring. It will now be easier for you to gauge who really checks out, opens, and installs your apps.

Facebook will further step into YouTube territory by letting users embed Facebook videos on other websites. What s more is that the social networking giant launched spherical videos or 360-degree clips shot with 24 cameras. The experience will be much like what Google Street View offers, in the sense that users will be able to view videos in different ways, particularly through a 3D experience.

Open Access BPO1 day ago
Check out these #CustomerRetention tips that your outsourced #CallCenter agents can apply: https://zcu.io/VFa9

Open Access BPO2 days ago
If your business is in one of these industries, collaborating with a #multilingual outsourcing firm is a must to serve your customers in languages they speak and expand market reach: https://zcu.io/Zdls

Open Access BPO3 days ago
Photo moderation is done as a way to maintain quality and order in your online community. Keep your online properties free from inappropriate images that may damage your reputation: https://zcu.io/zClT

Open Access BPO4 days ago
Looking for a #ContentModeration solutions vendor? Look into different moderation options before tapping an expert to manage your website or community forum: https://zcu.io/hoRO.

Open Access BPO1 week ago
Wishing our colleagues, friends and family celebrating a happy #RoshHashanah. May you find joy, peace, and love in this new year.

Open Access BPO1 week ago
Customer data present a rich opportunity for #brands to create lasting impressions upon their target demographic. Here's how you can manage crucial information better to achieve a 360-degree view of your customers: https://zcu.io/VWID