Stats every marketer must know about blocking online ads

Web users who block online ads have a very different Internet experience from the one that marketers and publishers originally intended. It would appear that those who regularly use ad blockers want to minimize distractions as they browse the web. These are people who go online for specialized purposes.

And although ad blocking may not be a big threat to online advertisers right now, it may grow into a pervasive problem in the field of digital marketing. This is why professional agencies are trying to circumvent the rise of adblockers. To give you the overall perspective on ad blocking, here are some facts and figures you need to know.

1. Roughly 10% to 15% of users in the US block digital ads - eMarketer’s recent data comparison

Although there are data disparities between studies, a survey conducted by PageFair and Adobe indicated that 16% of US Internet users ward off ads, while Reuters suggested that 47% of users in the US and 39% in the UK stay away from online ads.

2. Users are more likely to block ads when they’re using their desktops.

In the aforementioned eMarketer study, 41% (US) and 34% (UK) of users of devices with larger screens such as laptops and desktop computers admit that they use adblockers. Only 7%-11% block promotional materials when they re browsing through smaller devices like mobile phones and tablets.

This equates to 6% of all Internet users worldwide, according to the 2015 PageFair report. 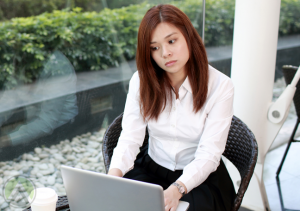 It seems that the younger generation, including millennials, prefer an ad-free Internet. eMarketer reported that 34% of users aged 16-24, and 31% of those aged 25-35 blocked ads. Compared with their older counterparts, ad blocking is most common in these age groups.

If you’re thinking about where to post your ads, avoid gaming, news, and forum websites. These are places where users are most likely to take down your ads. It would be better to stick to shopping and dining-related websites when looking for places to put up promotional materials.

6. Half of marketing agencies think ad blocking shouldn’t be a major concern.

On the contrary, only 9.0% of professionals interviewed by Strata in May 2015 consider ad blocking a major problem. About 46.3% feel only somewhat concerned, while 44.8% think that it shouldn t be an issue at all.

Apple’s iOS 9 update allowed users to block online ads on mobile sites, and this increased the number of iPhone and iPad users who installed ad blockers. According to GlobalWebIndex, three out of 10 (or 29%) of iOS users, deploy ad blockers.

In the UK, the number is even smaller, with only 8% of users who think ads are sometimes relevant. Moreover, 29% (US) and 31% (UK) of users stated they re likely to avoid sites where ads, especially banner-type ones, interfere with content.

With ad blocking on the rise, perhaps digital marketing pros should tailor their strategies in a way that lets users connect with the brands they represent. Native approaches and personalized suggestions seem to work better than a shot-in-the-dark marketing formula. Is it time to give them a try?