What the Philippines’ APEC hosting means for outsourcing companies

The Philippines, which has recently been branded as the rising tiger in Asia, will host this year s Asia-Pacific Economic Cooperation (APEC) summit on a four-day event from November 17 to 20. What opportunities does this present for foreign investors, particularly those in the outsourcing industry?

The APEC is a premier economic forum consisting of 21 member economies. Altogether, they make up nearly half of the global trade and approximately 57% of the world’s gross domestic product.

APEC aims to support sustainability in the Asia-Pacific region. Since 1989, economic leaders have been convening to promote free trade and regional economic integration while creating an enabling environment for local and international businesses.

“Inclusion” is this year’s buzzword

After consultations and exchanges with other economy leaders, the Philippines spearheaded the formulation of the APEC 2015 theme “Building Inclusive Economies, Building a Better World.” Inclusive growth can be assessed in three levels: domestic, regional, and macro (global) levels.

At a domestic level, the Philippines aims to empower its workforce by creating more career opportunities and including majority of its population in economic and social agendas. On a broader level, the entire APEC region focuses on enabling people’s access to opportunities to fuel economic growth. The organization also aims to connect developing and developed APEC economies for a freer trade.

APEC 2015 priorities for the Philippines

Four priority actions were derived from this year’s APEC theme, and each of these has implications to the growth of the outsourcing industry. Take a look at the discussion below.

The Filipino workforce plays a significant role in realizing inclusive growth in the country. Currently, outsourcing companies constitute the largest industry in the country. It s among the major sources of Philippine revenues, along with overseas remittances. As the country promotes education and capacity building among the population through the APEC, the outsourcing industry will benefit from innovations and improved job skills.

2. Inclusion of SMEs in regional and global markets

According to a report by the Organisation for Economic Co-operation and Development, small and medium enterprises (SMEs) account for 99.6% of all registered businesses in the Philippines, employing 70% of its workforce. Boosting SME integration in the global market will lessen the barriers preventing foreign investors from doing business in the country. These are all healthy for the outsourcing industry, whose transactions all depend on global connectivity. 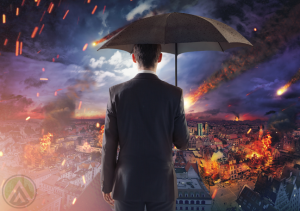 Inclusive growth depends greatly on how sustainable that growth is. Through the APEC, the Philippines aims to create a framework that supports business continuity, disaster resilience, and risk reduction. These are common threats to outsourcing companies that disrupt employees attendance and compromises their performance. As the country relies on added empowerment by the APEC and its member economies, these issues may soon be resolved.

4. Increased integration with the regional economy

For better connectivity with the regional and global market, financial institutions will be strengthened. This will shield the country from possible economic shocks. In addition, the APEC focuses on both people and institutional connections, which are hoped to later give way to free trade in the Asia-Pacific area. For the outsourcing industry, this can translate to a constant influx of foreign investors and robust relations with international businesses.