Call center in the Philippines: The country’s weapon in the free market

With barely two years until the free market trade agreement takes effect, various industries—from agriculture to the call center sector—in the Philippines are gearing up to stay afloat in the Southeast Asian economic arena.
Along with the Philippines, the nine other members of the Association of Southeast Asian Nations (ASEAN) are likewise readying for the imminent integration of products, services, capital, and manpower across national borders, a free movement similar to that implemented in the European Community. Embracing the laissez-faire environment, the region will no longer go by its former name and will therefore be known as the ASEAN Economic Community or AEC on the first day of 2015. 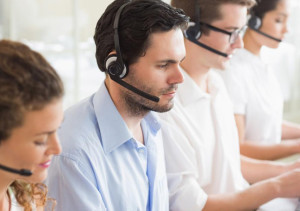 In this trade setting, businesses will have an unrestricted access to 10 markets populated by 609 million Asians. In exchange for this, however, some service providers and manufacturers that have previously enjoyed trade protection may now have to fend for themselves against foreign competition.

Indeed, the free market will prove to be beneficial to some while detrimental to others, but each country has a fighting chance in surviving the new economic order. Every ASEAN member has shaped itself to be a leader in specific industries. For one, Thailand will top the auto manufacturing realm while Singapore will reign in banking, and Malaysia will lead the rubber niche. The Philippines, on the other hand, will dominate the Asian business process outsourcing (BPO) industry.

Inevitably, however, some industries would be toppled by others. The Philippine agricultural goods, for example, would prove to be no match against the harvest made by Indonesia, Thailand, and Vietnam. Considering that 30% of the Philippine population relies on agriculture for their livelihood, the change could have potentially devastating effects to the country such as food price increase and defeat of small farmers against giant farms.

How the Philippines is preparing

Foreign businesses outsourcing to any call center in the Philippines could serve as the nation’s lifebuoy amid the possible economic surge, especially now that the country is being established as the ASEAN center for BPO and human resource training. Apart from international aid, local businesses that are accustomed to catering to massive consumer populations in and out of the archipelago could give the country a sturdy position in the foreign competition. Together with government initiatives, they promise survival to the Filipino entrepreneur.

In as early as 2010, the administration has been prepping the local trade industry for the shift by conducting seminars that educate businesses about the free market. The seminar, called Doing Business in Free Trade Areas or DBFTA, is still ongoing in different regional locations with lectures varying from issue to issue and catering to each trade sector.
One more important preparation is the Industry Development Program or IDP, which hones local manufacturers into internationally competitive producers. The program encourages 30 industries, led by BPO, to chart their own maps towards ASEAN success.
With how it is armoring itself for the big market, it seems that the Philippines has learned its lesson after witnessing defeat in the 1995 venture of entering the World Trade Organization. The stakes are high, so Philippine manufacturers and service providers would definitely battle head on to not let history repeat itself.

Open Access BPO5 hours ago
The pandemic challenged every company's ability to respond to unforeseen events.

Open Access BPO7 hours ago
China is one of the strongest and most dynamic economies in the world. Look out for these industries to make the most of the business opportunities the Chinese market can offer: https://zcu.io/MCRo