How to prevent risks in a multilingual call center outsourcing deal

Most outsourcing deals nowadays happen between two parties headquartered in two locations that are very distant from each other. It is common for higher-cost territories to send out business processes like multilingual call center services to Asian countries where resources are more affordable. As there are language and location differences between the client and the service provider, every entity involved in the contract should consider two important things. 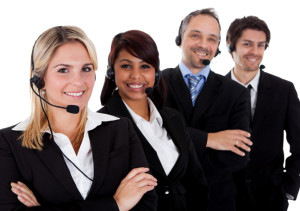 You and the supplier should agree on the language the contract will be written in and the meaning of each clause stipulated there. If the contract is in English, but you want a translation in your native language, the versions of the contracts must bear the same intent.

There should be a legal counsel who would verify that the translated contract completely agrees with the intent of the other one. This lessens the possibility of blaming improper translation should clause disputes arise.

2.   Laws and taxes of both location

It is a must to familiarize yourself with the local laws and taxes of the location where the multilingual call center operates. If you don t, you might subject yourself to hidden charges and unforeseen legal trouble. For instance, you might end up paying the personnel you sent to the foreign site with labor rates that are higher than the initially set amount. This could be because of the taxes imposed on non-resident firms working in that remote location. Avoid this by getting trusted advice on local tax laws before you finalize the outsourcing deal. Know which clauses will protect you, as well as regulations related to labor codes, customs clearance, and technical standards.

Any business endeavor could be guaranteed successful if every step taken towards its implementation is safe, especially during the initial processes. It is the responsibility of everyone involved to educate themselves about the venture and laws surrounding it. Otherwise, the outsourcing deal might fail .