Call centers in the Philippines to expect 19% growth

The $8.7-billion revenues generated by call centers in the Philippines in 2012 will experience a 19% increase for 2013, according to Contact Center Association of the Philippines (CCAP) President Benedict Hernandez.

“We were estimating that we are going to grow 18%-19% this year (2013). That s our forecast based on the reports of our members,” Hernandez said.

The overall revenue of the Philippine’s business process outsourcing (BPO) industry, which amounted to $13.2 billion in 2012, is predicted to reach the target range of $20 to 25 billion that (Information Technology and Business Processing Association of the Philippines) IBPAP set for 2016. 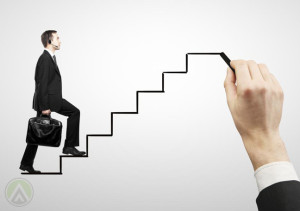 While the US will largely contribute to the projected growth, other markets from countries such as Australia and the United Kingdom will likely outgrow the American market in the coming months.

Hernandez added that the growth of call centers in the Philippines will also rely on new industry players and established BPO companies that are expanding to accommodate additional investors for 2014.

The expansion plans are a result of the peso’s depreciation against the US dollar in mid-January.

Property consultancy firm CBRE noted in an earlier report that the weakening peso arrived conveniently since the rupee is conversely gaining value. This caused India, the Philippines’ outsourcing rival, to lose some of its competency as an outsourcing hub.

The improvement in the outsourcing sector will rub off on the property industry, which is one of the main growth drivers of the Philippine economy, along with the manufacturing and finance sectors.

If the four major industries continue their positive performance this year, they could help attain the estimated 6.7% growth of the national gross domestic product.

Open Access BPO has call center operations in the Philippines most economically stable financial center, Makati City. Let us help you reach your market better through our voice and non-voice business solutions.